The Kingdom of Thailand has existed as a political entity since 1238. Over its 800-year legacy, the country has received Indian, Lao, Burmese, Cambodian, and Chinese cultural influences in addition to those of native peoples. One of the most productive countries in its region, Thailand has the second largest economy in Southeast Asia and is considered a newly industrialized country with a GDP of over $670 billion based on exports cars, electronics, rice, rubber, textiles, and jewelry. Tourism is also a major economic engine for the country although this has slowed following a military coup in 2014. Despite the relative economic buoyancy of the country, much of Thailand's rural dwellers are poor. Very high inequality sees vast differences in the quality of life between the country's farming villages and the urban milieu of Bangkok: 80% of the country's 7.1 million poor live in rural areas. 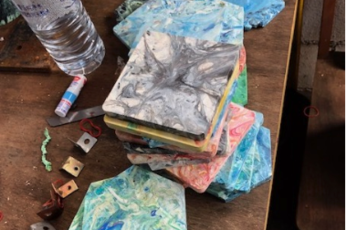 Thailand
Baan Eurphon is an orphanage in Thailand which supports 42 children ages 6 months to 18 years. Last year, World Connect funded the launch of a café at the orphanage which exposed children to th...
2020 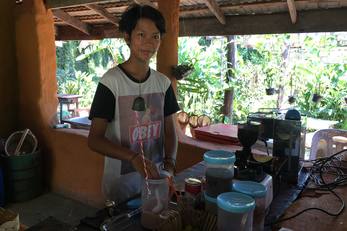 Thailand
Baan Eurphon is an orphanage in Southern Thailand that houses 42 children ages 6 months to 18 years. It has opened a coffee shop and a thrift store to make money. The orphanage petitioned the governor...
2018