The Philippines ranks as the 3rd most risk-prone country in the world. In 2013, Typhoon Haiyan devastated the Central Philippines, bringing to light significant gaps in disaster preparedness among local governments. Subsequently, the Philippines Department of Science and Technology (DOST) produced and distributed landslide, flood, and storm surge hazard maps generated from LiDAR and scientific models. To further increase the accuracy of these maps and their local adoption, this project aims to engage the 49 barangays (communities) of the Municipality of Carigara in participatory hazard mapping workshops. A key component of this project aims to merge existing scientific knowledge and models with historical experiences and local knowledge of communities from more than 500 participants. The participation of women, children, senior citizens, and persons-with-disabilities (PWDs) will be a key component to draw attention to differential impacts of hazards on marginalized groups.

The project has been proceeding with the accomplishments of several major milestones. Notably, participants have been able to complete the primary grant activity – 8 participatory hazard mapping workshops. The team is now working to digitize maps drawn by community members which will be validated in the coming weeks and then printed and distributed.

All 49 barangays (communities) in the Municipality of Carigara successfully completed hazard mapping workshops that established flood, storm surge, and landslide hazard zones. In coordination with local Barangay Disaster Risk Reduction and Management Committees (BDRRMCs), 10 individuals from each barangay were invited to attend workshops. Guidelines were set during invitations to ensure that attendance was gender-balanced and included youth, senior citizens, persons-with-disabilities (PWDs), and diverse sector representation. Each workshop spanned an entire day, commencing at 8am and ending at 5pm. In total, 427 individuals were able to participate in eight (8) separate workshops.

After completion of the hazard mapping workshops, the project team digitized hand drawn community hazard maps. This allowed for accurate replicable copies to be printed and shared as well as more advanced analysis to be conducted using GIS software. Three (3) hazard maps were developed – ‘100-year’ flood, storm surge, and landslide. It was beyond the scope of the proposed grant activities, however, it is noteworthy that an additional ‘5-year’ flood map was drawn during hazard mapping workshops by participants and the MDRRMO is continuing to independently digitize this content – another sign of the continued sustainability of project activities.

The hazard maps will serve as the Municipal Disaster Risk Reduction and Management Offices’ overarching guide in the prioritization of programs and projects that will mitigate hazards, increase preparedness, and strengthen rehabilitation plans for rapid recovery. Developed maps have already aided the local government in advanced contingency planning to determine impacted buildings, population displacement, and expected damages.

A large format printer was purchased in the nearby city of Tacloban from Canon. MDRRMO staff was subsequently provided training on its use and maintenance upon delivery by Canon staff. The printer has already shown significant benefit – for hazard mapping workshops as well as a follow-up contingency and evacuation planning workshop led by the DRRMO during which printed maps were used for the identification of buildings that could be used for evacuation. 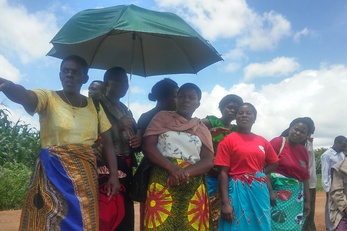 Their mission is to improve the livelihoods of their members through doing business as seed multipliers. ...Learn more

To empower and improve girls and women in lives grassroots through policy advocacy, mentor ship, economic empowerment and participation in decision making to programs that affect their lives. ...Learn more 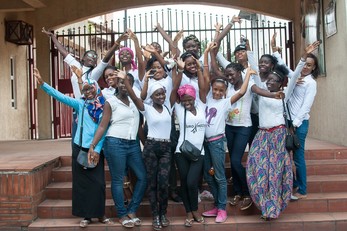 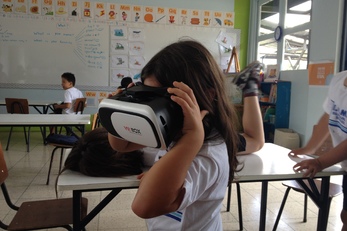