Located at the crossroads of Western and Central Africa and home to dozens of ethnic groups and distinct biomes, Cameroon historically maintained political and social stability. However, peace broke down recently when political tensions between the English-speaking North and French-speaking South flared. More than 40% of Cameroon lives below the poverty line, and its rural population -- comprising 70% of inhabitants -- depends on agriculture to survive (UNDP). Much of the country suffers from poor soil quality, limited rainfall, and low crop production and the past six years have brought droughts, floods, crop failures, and an enormous influx of refugees from neighboring countries. Food insecurity and malnutrition have reached critical levels and frequent climate shocks have left the population trapped in a vicious cycle of hunger and poverty. Sustainable food production, healthcare, and access to education remain Cameroon’s more pressing challenges. 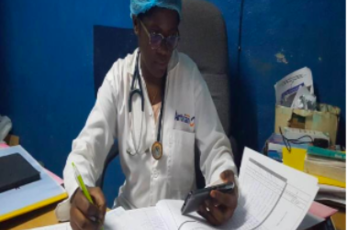 Cameroon
With over 1,400 recorded cases of COVID-19 in Cameroon, the government has instituted a partial lockdown. Businesses are required to uphold a curfew and community members are fined for not wearing mas...
2020 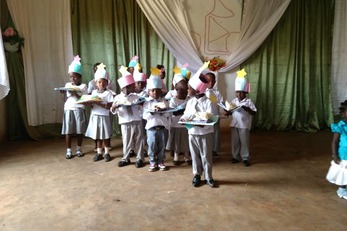 Cameroon
The community organization plans to construct one block of two equipped classrooms (with capacity for 40 students each) plus an administrative office at The Nursery and Primary School “Jardin d&...
2019 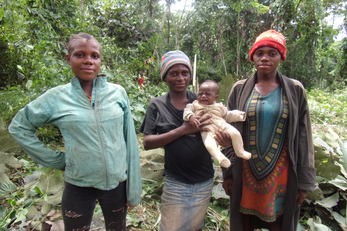 Cameroon
With this World Connect grant, indigenous women from the Missoume village will be trained in the cultivation of vegetables and the planting of fruit trees with organic manure. The community organizati...
2019 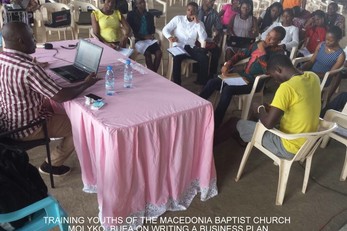 Cameroon
This project seeks to train, organize, and provide farming equipment and training to a group of 30 vulnerable and internally displaced women who have struggled in light of the Anglophone/Francophone C...
2018 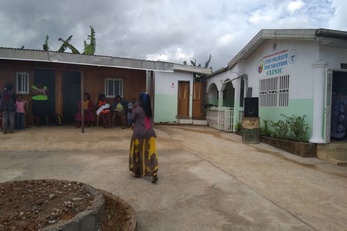 An Ultrasound Machine for Eloumden

Cameroon
Unite for Health Foundation runs one of its micro-clinics in a community in the central region of Cameroon called Eloumden. This micro-clinic recently benefited from a grant from World Connect that wa...
2018 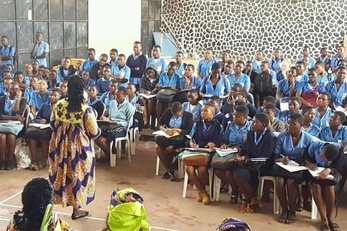 The Sex Can Wait Campaign

Cameroon
The Sex Can Wait Campaign aims to reduce unwanted pregnancies in adolescents, maternal mortality, and the spread of HIV/AIDS and other STIs. It will entail a series of community-based workshops to edu...
2018 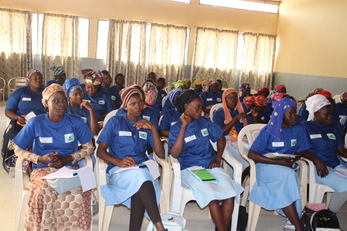 Cameroon
In Cameroon, especially in the Far North, gender inequalities are still a regular feature of enrollment trends in the education system with an overall underrepresentation of women and girls. The propo...
2018 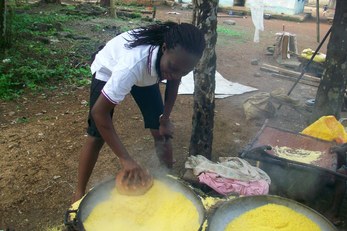 Cameroon
RUWDEC Business Coaching Center is committed to empowering dynamic and enthusiastic young women with a particular focus on teenage mothers by creating financial opportunities for them through mus...
2018 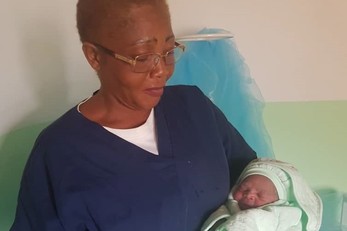 Cameroon
This project is aimed at developing a maternity ward of one of the micro-clinics of the Unite for Health Foundation so that women in the surrounding community can deliver in a safe environment. Consid...
2018 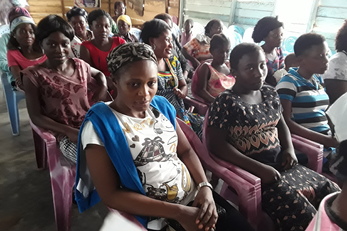 Cameroon
This project aims to create a vibrant and sustainable livelihood for single teenage mothers and widows through integrated cassava and maize production methods to provide income. In this manner, the wo...
2018 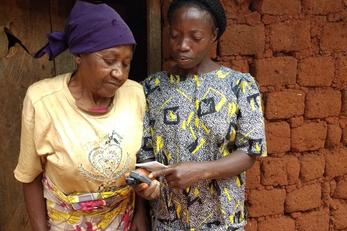 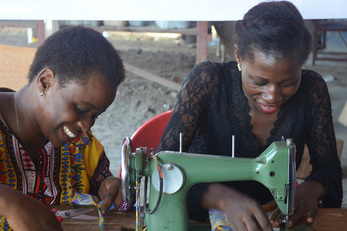 Cameroon
In Kake and surrounding villages, 2 in 5 girls are not in school, more than half of girls are married by 18, and more than a quarter of girls have given birth by age 19. Many girls and women in these ...
2018 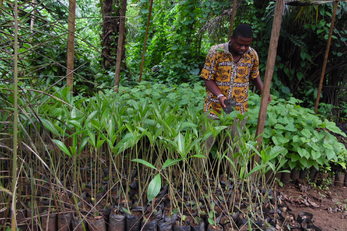 Cameroon
Ikata Village in Cameroon is planning to establish an Integrated Community Tree Nursery for 3 schools (2 Primary schools and one Secondary). They aim to plant 3,000 plants including fruits trees, orna...
2017 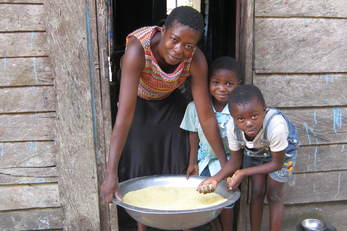 Cameroon
Women in Cameroon are gaining power and respect, but in many places there is a still a significant gap between the genders and widows are forced to work even harder in the fight against poverty and ec...
2017 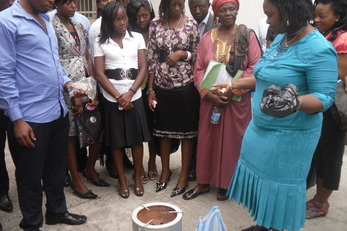 Cameroon
Cameroon has recorded significant damage to its ecosystems in the last several decades due to the unsustainable use and exploitation of natural resources. The 22 million hectares of forestland are rec...
2017 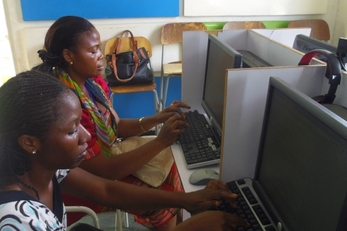 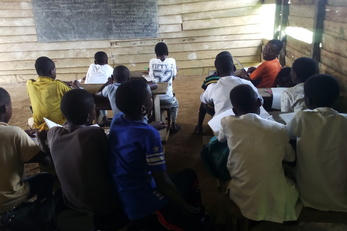 Cameroon
Literacy rates are low in the region. Many students are not literate in French or English when they leave primary school, severely limiting their opportunities for social and economic advancement in C...
2017 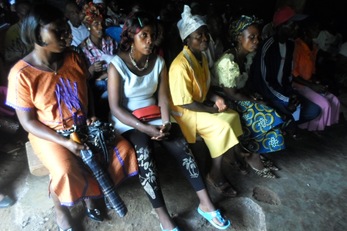 Cameroon
Widows in the community are not allowed to own or manage cocoa farms which is the main income-generating activity in the community. This exclusion contributes to poor psychological and socioeconomic o...
2017 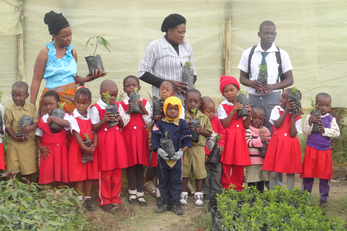 Cameroon
Southwestern Cameroon is relatively green but this region's forests are increasingly under threat. Data suggests that Cameroon will lose 1/5 of its existing cover over the next year, a realization tha...
2017 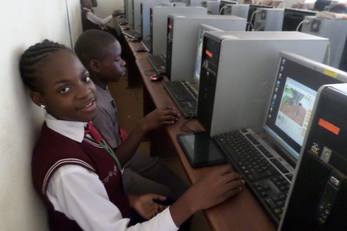 Cameroon
Technology is now a reality in the Global South and sustainable job opportunities in the world economy often require computer skills. This project seeks to establish and promote the use of existing&nb...
2016 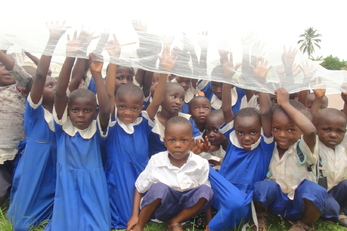 Cameroon
The overcrowded schools of Kembong in Southwestern Cameroon have not been expanded since they were initially constructed by the government and the student population of the area has grown si...
2016 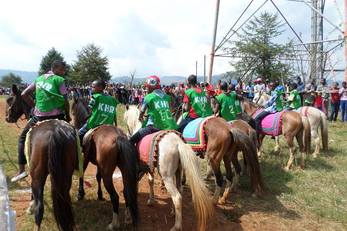 Cameroon
The Mbororo people are typically nomadic and have limited health and education opportunities. Each December, there is an annual Kumbo Horse Race, which is the largest gathering of Mbororo people in th...
2015 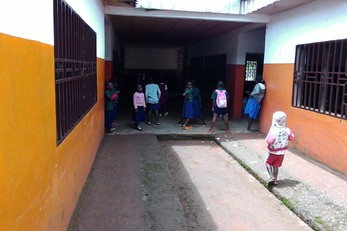 Creative Arts, Health, and Wellbeing for OVC On and Off the Streets of Bamenda

Cameroon
This project seeks to engage four orphanages in Bamenda, assisting them to improve the health, wellbeing, and quality of life for local orphans and vulnerable youth living on and off the streets. Pee...
2017 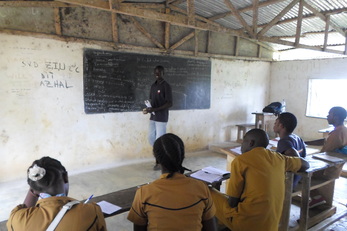 Cameroon
With five high schools, Ambam is home to thousands of students. However, there are limited educational resources and books available to students, and without a youth center there is no educational spa...
2015